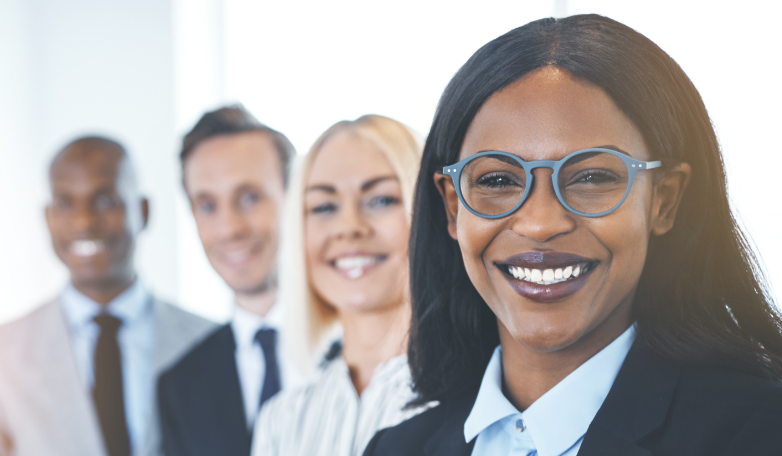 Cohesiveness in Diversity: An Historical Influence

An advocate for civil rights and diversity, Dr. Martin Luther King, Jr. was a profound humanitarian. Serving a pivotal role in expanding the world’s view of equality and inclusiveness, his efforts made progress toward harmony and equal opportunity among races, and his message continues to speak of societal change toward acceptance and unity.

Dr. King’s impact on the cohesiveness of today’s society is commendable and inspiring. For decades, his teachings have elicited the solidarity of distinct, independent individuals working together in idea and ability, in order to achieve common goals and true successes. The impact that his perspective has had on businesses and organizations of today has been pivotal in creating diversified workforces that are empowered and effective.

A Man With a Dream

Throughout the 1950’s and 1960’s, Dr. King spearheaded several campaigns with a dream to bring an end to segregation and discrimination. He inspired others through powerful speeches, spreading his message of nonviolence and the need for prejudice to cease.

The Civil Rights Act of 1964 and the Voting Rights Act of 1965 were passed as a direct result of his diligent, unwavering efforts. Dr. King was a true advocate for people of every race, color, religion, sex, and national origin.

Committed to his beliefs, Dr. King endured being arrested and jailed numerous times, and received constant death threats as he spread his word. A victim of hatred, he was assassinated in 1968, and the shockwaves of that event still resonate throughout the world today.

The power and impact that Dr. King realized within love and nonviolence motivated him toward social change, racial harmony, and mutual understanding. He generated significant shifts in attitudes and laws, as well as acceptance of variations in race and ethnicity. He relayed messages with impact – messages that spoke of equality among people and of hope and progress for the future, without regard to individual attributes like skin color or background.

The impact his efforts made in promoting equal opportunities among people continues to influence businesses and organizations. Many are realizing the importance of their roles and initiatives in, as well as the benefits of, providing inclusion and diversity in the workplace.

Inclusion happens when fairness and opportunity are exhibited to others, without prejudice. Whether varied in race, ethnicity, religion, age, gender, sexual orientation, ability, or another unique attribute, inclusion encourages unity amongst people of different backgrounds, cultures, experiences, and environments.

The impact of converging a diverse population can easily be seen within businesses and workforces. Statistics have proven that valuing and promoting diversity and inclusiveness leads to increased creativity and innovation, stronger and more effective decision-making, and improved company performance and perception overall. Placing value on diversity and promoting inclusivity in the workplace creates and fosters a culture that is easily adaptable to thrive in today’s rapidly changing world.

A diverse workplace experiences increased productivity and improved morale. Employees feel included and valued for their efforts and thus, feel satisfaction in their roles with motivation to achieve more and try harder. Because employees are able to express themselves in an inclusive environment, they are more apt to contribute their unique creativity, innovation, and problem-solving skills freely and openly. The collection of perspectives, cultures, ideas, genders, ages, and other ‘human’ attributes helps overall to improve a company’s reputation and attitude - both in regard to itself and from the viewpoint of others.

The mission of Dr. King was to encourage the world to be a better place for humanity. Among his efforts and ambition, he likely couldn’t have fathomed the scope of positive impact he would have within businesses and people of today.  His efforts and determination promoted the power of inclusivity, which has persisting impacts on the workforces of today and tomorrow.

Cayuse was founded with a purpose similar to that instilled by Dr. King. In employing diversity, Cayuse is dedicated to growing the company, and growing the people. A mission statement that has been instilled in each employee, we perform our jobs in partnership with fostering and encouraging the success of others. Cayuse continues to grow and flourish. We are grateful for what the past has provided, for the successes we celebrate today, and for the opportunity that the future holds.

MLK Day is a celebration of diversity, evoking reflection on the progress that has been made towards achieving equality. Much like Cayuse, many businesses have become a true reflection of the progress of Dr. King and others, by promoting and supporting a diverse and inclusive society within our workforce.

Tags: About Us
Back to Blog

Going Beyond Google: The Workings of Strategic Insights

The amount of information available to us at a given moment seems endless. The World Wide Web...
Read More

Today, solutions that meet a business’ cybersecurity requirements are complex. The roles within IT...
Read More

Social media is a terrific venue for sharing, learning, updating, and promoting. While it began as...
Read More