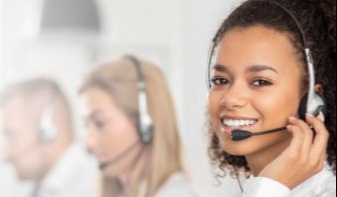 Language barriers, less than savvy technicians, and security concerns have prompted recent scrutiny of offshore IT service providers. A solution of the past that proved useful and efficient is revealing disadvantages that are outweighing benefits. IT support is in transition once again, and the trend to keep it on U.S. soil is quickly gaining traction.

A (Brief) History of Offshore Outsourcing

The concept of outsourcing began back in the days of the first Industrial Revolution. Because businesses were looking for faster ways to do things, production made a shift from handcrafted work done by artisans to outsourced assembly done in mass. In addition, production outside of U.S. borders proved to be a lower cost alternative, particularly in regards to labor.

The software industry was one of the first to transition overseas. Building a conglomeration of experts and resources in places beyond the U.S., offshore technicians proved to be knowledgeable, easier to manage, and cheaper. This created a shortage of local skills in the States, while the abilities of IT workforces in places like the Philippines, China, India, Vietnam, and Hungary were booming.

The recession in 2008 created a heightened economical awareness, and offshore options were being evaluated for quality of work as it related to financial savings. The combination of offshore reputations with local realignment allowed the U.S. to again dig a heel into the IT onshore outsourcing market. IT partnerships were shifting back to the States for several reasons.

Offshore IT support was a mainstay for many years. The three main attractions were: reduction in labor costs, multi-language support, and financial flexibility (allowing for purchase of additional services). These perks, however, were losing luster as jobs shifted back into the States and businesses started realizing that the benefits were outweighed by the inconveniences.

Offshore technicians lacked needed skills creating an inability to resolve issues during the initial call. The multi-language support often resulted in language barriers, longer call times, and the necessity of scripts that did not always suit the need. Customers and end-users were growing in frustration and dissatisfaction. Cybersecurity also became a growing concern as businesses realized the priority that the U.S. was giving security measures versus that of other countries.

Receiving a renewed interest from businesses across the U.S., onshore IT was filling the missing links. With time zone coverage conducive to end-users, the absence of language and cultural barriers, and remotely-based technicians keeping overhead expenses down, the availability, capability, and cost of local providers was valued and justified.

An additional bonus was the ease of visits between host company and IT provider, allowing partners to work more in tandem, facilitating the exchange of information and ideas. Such collaboration continues to be valuable in encouraging and providing a new and more comfortable approach to outsourced IT.

The initial appeal of lower labor costs overseas has been replaced with new rationale, covering many other important facets of remote service. The shift toward onshore providers and the benefits of such partnerships are prompting businesses to re-evaluate their IT approach.

Consider Your Needs and Options

Is saving money your main goal? Are language barriers bearable? How is your company perceived by both its employees and its customers when aligning them with your IT presence? Weighing your pros and cons to determine the best fit for your company allows you to decide the next best step in a world of transitions and solutions.

Tags: Service Desk
Back to Blog

Going Beyond Google: The Workings of Strategic Insights

The amount of information available to us at a given moment seems endless. The World Wide Web...
Read More

Unpredictability is just that – unpredictable. The unknown can be costly, hurtful, and...
Read More

Today, solutions that meet a business’ cybersecurity requirements are complex. The roles within IT...
Read More